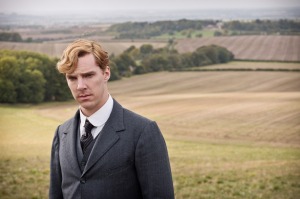 ‘This, Titejens thought, is England! A man and a maid walk through Kentish grass fields: the grass ripe for the scythe. The man honourable, clean, upright; the maid virtuous, clean, vigorous; he of good birth; she of birth quite as good; each filled with a too good breakfast that each could yet capably digest. Each come just from an admirably appointed establishment: a table surrounded by the best people, their promenade sanctioned, as it were, by the Chuch – two clergy – the State, two Government officials; by mothers, friends, old maids’ (Ford Madox Ford, Parade’s End)

See here for information regarding an academic conference on the book, to be held at the end of September.

Art Has No Elgar 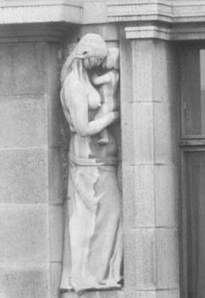 ‘ “Edwardian” is one of art-history’s unclaimed adjectives. No one name, no particular branch of artistic activity corresponds to it: art has no Elgar or Lutyens to stand beyond question for the full-blown, unhurrying, implicitly proconsular turn of mind which we call Edwardian. Where artistic ambition did relate to this (one might instance Brangwyn’s friezes, completed in 1909, for the offices of the Grand Trunk Railway in Cockspur Street) it has failed to retain the interest of a later generation. Where current opinion thinks reasonably well of artists who are in fact Edwardian (Charles Rennie Mackintosh, for instance, Jacob Epstein, Walter Sickert, and Augustus John) their work is often directly opposed to the accepted connotations of “Edwardian”; like G. E. Moore, “Baron Corvo”, and the James Joyce of Chamber Music, they are Edwardian only in so far as no man can altogether escape the characteristics of his own day. Where the adjective is applied to Orpen, or Sargent, or McEvoy, or William Nicholson, it singles out those traits in their work which we tend to deplore. It looks, almost, as if the master-qualities of Edwardian life did not adapt themselves to art….’ 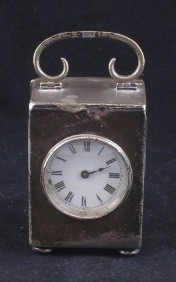 Since the creation of this website, we have been steadily building our timeline section, which aims to catalogue the noteworthy cultural events taking place inbetween the years 1895 and 1914. This resource builds on already existing timelines, seeking a more comprehensive approach. As things stand, the timeline contains a rich overview of the literary landmarks of the period, but is less strong when it comes to cataloguing major works of art, architecture, theatre and music. We will continue to work on these sections over the coming months. Suggestions are, however, particularly welcome. 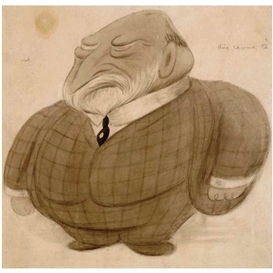 ‘To call the years 1901 to 1910 the Edwardian era is misleading, mediating the complexity and discordancy of this decade through a single patriarchal figure. The whole field of political and social representation was in the process of transformations begun in the 1880s and not completed until the 1920s. The successful Black participation in politics; the feminist campaigns around suffrage, sexuality and work; the important Black anti-colonialist movements; and the labour movement of working-class and socialist organizations – all contributed to changing the structure and patterns of British society through collective identities and struggles’

Call for Papers: ‘Efface the Traces!’ – Modernism and Influence 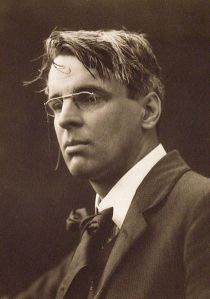 If you’re seeking four days of conference madness next April, you may be interested in the following event, which takes place in the two days preceding our own inaugural conference (the first day of which will also be held in Durham):

‘Efface the Traces!’ – Modernism and Influence

‘[T]he poets of the nineties were entirely missed out of my personal history […] I never read any of these people until it was much too late for me to get anything out of them’. T.S. Eliot, letter to Ezra Pound, 1924

‘[I]t was towards the end of my school days or in my first year or two at Harvard University [that] I was reading the poets of the ‘nineties, who were the only poets […] who at that period of history seemed to have anything to offer me as a beginner’.T.S. Eliot, Saltire Review, iv, 1957

If Ezra Pound’s clamorous injunction – ‘make it new!’ – might be considered the first commandment of modernism, then Brecht’s dictum – ‘efface the traces!’ – stands as its complementary shadow statement. As the example of Eliot begins to illustrate, the Poundian urge to transfigure ‘legitimate’ influences results in a comparable urge to efface influences considered inappropriate. However, criticism has often proved inadequately alert to the motives underlying authorial advertisement and evasion of influence, instead colluding with the artist in the construction of a suspiciously orderly canonical narrative of modernist influence. We dutifully discuss Eliot as the heir of Dante and Donne; we corroborate Woolf’s departure from Wells and Bennett; we identify the Ibsen in Exiles, and the Confucianism of the Cantos. END_OF_DOCUMENT_TOKEN_TO_BE_REPLACED

Call for Papers: Other Worlds 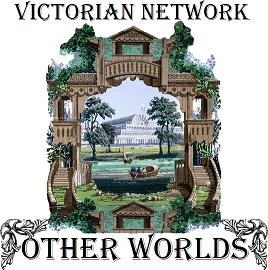 The following Call for Papers may be of interest to Edwardian scholars:

From other lands to other planets to other dimensions, the nineteenth-century imagination thrived on the idea of ‘elsewhere’. Alongside a developing rhetoric of geographically and intellectually bounded identities grew a fascination with alterity. Other Worlds seeks to explore the many ways in which Victorians looked beyond their quotidian spheres to imagined alternatives. We invite submissions which explore nineteenth-century modes of thought which position themselves as other, alternative, transcendent, secret or hidden.
END_OF_DOCUMENT_TOKEN_TO_BE_REPLACED 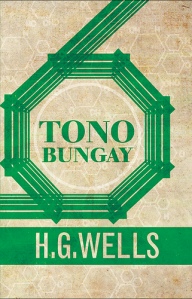 ‘Other people may see this country in other terms; this is how I have seen it. In some early chapter in this heap I compared all our present colour and abundance to October foliage before the frosts nip down the leaves. That I still feel was a good image. Perhaps I see wrongly. It may be I see decay all about me because I am, in a sense, decay. To others it may be a scene of achievement and construction radiant with hope. I too have a sort of hope, but it is a remote hope, a hope that finds no promise in this Empire or in any of the great things of our time. How they will look in history I do not know, how time and chance will prove them I cannot guess; that is how they have mirrored themselves on one contemporary mind’ (H.G.Wells, Tono-Bungay, 1909)

Ashgate and the Edwardians 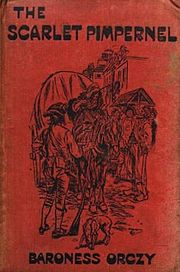 Ashgate Publishing have just released their Literary Studies catalogue for 2012. This contains various books which may be of interest to Edwardian scholars, including Sally Dugan’s Baroness Orczy’s The Scarlet Pimpernel: A Publishing History, Kristine Moruzi’s Constructing Girlhood through the Periodical Press, 1850-1915, Churnjeet Mahn’s British Women’s Travel to Greece, 1840-1914 , and Jane Bownas’s Thomas Hardy and Empire. Follow the links for more information on these titles.