The Russia Season at the Sainsbury Centre 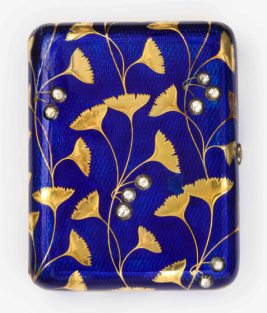 Edwardian scholars may be interested in the following exhibitions at the Sainsbury Centre, both exploring aspects of pre- and post-WW1 culture in Russia:

In October 2017, to mark the centenary of the Russian Revolution, the Sainsbury Centre for Visual Arts will stage two major exhibitions contrasting art, life and culture in Russia before and after the Revolution.

The first exhibition, Royal Fabergé, will explore the glittering saga of the world’s greatest artist-jewellers during the decades preceding the First World War. The second, Radical Russia, will show how avant-garde artists – who had scandalised conservative society with outrageous and subversive painting, poetry and theatre – came with revolution to briefly become the State’s officially approved culture. Ultimately both high points of human artistry were to be laid low by horror and terror.

The Sainsbury Centre’s Russia Season will be completed by the permanent installation of the dramatic model of Tatlin’s Tower conceived as the most iconic architectural project of the Soviet era, though never built. With an immense impact on subsequent architects and designers, not least the architects of the University of East Anglia, the 10-metre tower will now rise in the sculpture park alongside the Sainsbury Centre.

This entry was posted in Uncategorized. Bookmark the permalink.