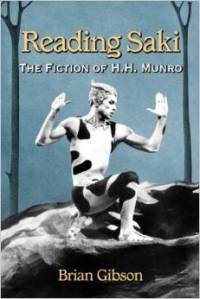 Hector Hugh Munro, best known by his pen-name ‘Saki’, was a true “Edwardian” writer, with a literary career which spanned the period from late 1890s until his death on the Front in 1916. He was born in Burma, raised in England, and travelled throughout Europe with his family to improve his education; not an especially irregular upbringing for middle-class children during the days of the Empire. Munro’s works encapsulate the lingering nostalgic Victorian notions of Empire, not only in terms of the exotic appeal and the yet cultural un-attainability of the colonies, but also of European rivals, particularly the Russian Empire (which projected, for him, a glorious image of Romance and chivalry). He is known predominantly for short satirical stories, offering deliciously scathing commentaries and dark sketches on the superficiality he perceived in the society of his time. END_OF_DOCUMENT_TOKEN_TO_BE_REPLACED